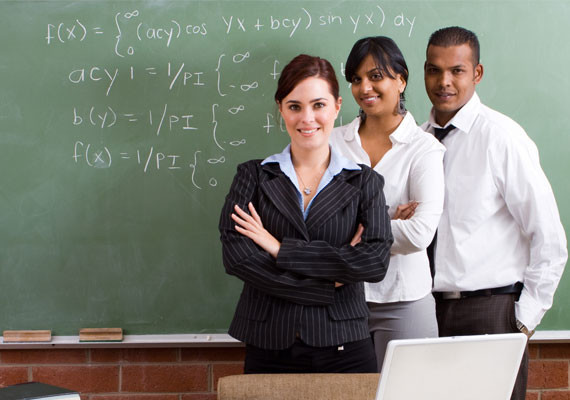 In our time, women are accepting greater roles in business and political life. Many people ask, “Should these greater opportunities for women be embraced, or should they be rejected as negative aspects of modern society, or perhaps as conflicting with traditional values?”

From talks of the Lubavitcher Rebbe on the fourth and seventh nights of Sukkos and again on Shabbos Parshas Noach, 5751 [1990]. Excerpts from these talks are adapted in this essay.*

Today, man[kind] is being granted ever-increasing potentials. Advances in technology and communications enable us to shape our environment and share ideas with people throughout the world far more effectively than ever before. Similarly, in the realm of personal relations, many social barriers have been dropped. Interpersonal differences that used to obstruct the flow of commerce and information are falling away and there is a greater willingness to accept a person without discrimination.
This also applies to differences in sex. Being now less restricted than in previous generations, women are accepting greater participatory roles in every area of social life. In the face of these changes, a Jewish [or Noahide] woman might ask herself: “Are these changes positive? Should the opportunities available be accepted, or should they be rejected as part of the challenges of contemporary society that conflict with our traditional values?”
The Torah’s response to these questions involves a delicate balance between these stances. In principle, a woman need not shy away from involvement in the world. Nevertheless, that involvement need not indiscriminately mimic the norms of society at large, but rather should be flavored by the unique approach of tzniyus [lit. "modesty"] which the Torah teaches.
Tzniyus does not imply merely a code of rules for dress and conduct. Rather, it stands for an outlook, an approach to life that expresses a woman’s femininity and distinctive inner nature. In the words of the Psalms [45:14], “All the glory of the king’s daughter is inward (pnimah).” In other words, women are endowed with a unique potential — to contribute a dimension of inwardness (pnimiyus) to their homes, to the people with whom they come in contact, and to their respective environments.

Creating A Dwelling For God

Further insights into this dimension can be derived from the narrative of creation, in which the Creator of both man and woman gave them directives to guide their conduct. The Torah relates that after creating man and woman, God blessed them and charged them [Genesis 1:28], “Be fruitful and multiply, fill the land and conquer it.”
Our Sages note that in the [Hebrew] word וכבשה (“and conquer it”), the Torah omits the expected letter vav [ו] (before the final hei [ה]), which would normally indicate that a plural audience is being addressed; instead, the directive is spelled as if addressed to a singular, male listener. It can thus be understood to be addressed to the man alone, for [in the words of the Talmud], “a man has a tendency to conquer, whereas a woman does not have a tendency to conquer.”
Our Sages understand the “conquest” of this world as referring to man’s endeavors to harness it and transform it into a dwelling place for God. That is to say: We can transform the world into a place where God’s essence is openly manifest, in the same way that any individual manifests his essential personality totally and freely in his own home.
When explained in this context, our Sages’ restriction of the task of “conquering” the world to men is problematic. On the contrary, surely the greatest manifestation of this form of Divine service is reflected in a woman’s efforts to make her home into “a sanctuary in microcosm” [see Ezekiel 11:16], transforming the material elements of her household into a dwelling place for Him …
One resolution of this difficulty revolves around the conception of man and woman as a single unit. In the words of the Torah [Genesis 1:26-27], “God said, ‘Let us make man’ … man and woman He created them.” Ever since that moment, only when man and woman unite are they a complete entity; alone, each is only “half a person.” [1] Thus, there is no need for a separate command for a woman. Her activity is part of her ongoing partnership with her husband. Moreover, their efforts in “conquering” the world depend on her, for until a desirable environment in his own home is established, a person’s service in the world at large will be deficient. To express this idea in allegory, only a foolish king would go out to conquer other countries before mastering his own.

Communication Rather Than Conquest

The restriction to men of the command to “conquer” the world may also be understood at a deeper level. A woman’s sphere of influence, like a man’s, also extends beyond the home. Nevertheless, she exerts this influence in a distinctive manner, different to that exerted by men. A man often tries to conquer, i.e., to confront and overpower other individuals. In contrast, a woman typically presents a concept tranquilly and peaceably, with modest understatement, thus more effectively allowing her listeners to join her in appreciating its worth.
To explain this concept using chassidic terminology: The difference between malchus (“sovereignty”) and memshalah (“dominion”) lies in the manner in which they are secured. Malchus refers to a situation in which a nation willingly accepts the authority of a king; to borrow a phrase from the [Jewish] liturgy, “His children beheld His might [at G-d's splitting of the sea] … and willingly accepted His sovereignty.” In contrast, memshalah refers to power which is acquired by force, against the will of the populace [e.g. a dictatorship].
Malchus possesses a twofold advantage. Firstly, when a people willingly accept their king’s authority, they are less likely to rebel. There is, however, a deeper aspect: in this manner, a people’s connection to their king is not merely external, but part and parcel of their own being. It is their minds and wills which accept him.[2]
Men often choose to influence their environment by force. Thus, although they may attain their goals, the manner in which they secure their conquest may cause friction with those around them. In contrast, the inner dimension (pnimiyus) which characterizes a woman’s [3] approach makes the ideas which she presents attractive to others and causes them to be accepted as part of their own perspective. Indeed, many men would be well advised to learn this approach from women and incorporate it in their own life-work.

An Emphasis on Inner Beauty: Tzniyus in Contemporary Life

The inwardness of a woman’s approach depends on tzniyus. The manner in which a woman presents herself teaches people to appreciate inward rather than outward beauty; it allows people to appreciate the inner dimensions of her personality.[4]
In recent years, the trend in society at large appears to be turning toward this approach. This positive direction should be enhanced even further, for the nature of the advances women have made in society has created both new difficulties and new solutions to them.

Footnotes:
[1] Zohar III (see Rashi’s explanation on Genesis 1:27).
[2] These concepts serve as analogies for a person’s acceptance of the yoke of God’s Kingship.
[3] There is an intrinsic connection between women and kingship; indeed, woman serves as a metaphor for the Sefirah [Divine attribute] of Malchus.
[4] Editor's note: See The Divine Code, Part VI, Chapter 6: “Guarding Against Forbidden Relations, and Following Ways of Modesty”

Men With Hats And Jackets Changed My Life

What is the meaning of full trust in God?