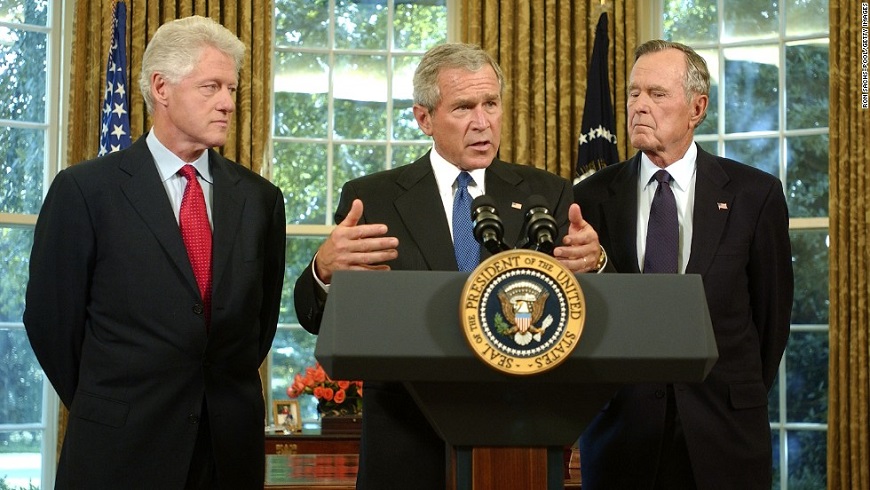 The universality of these principles and global import was recognized in 1982 by President Ronald Reagan when he spoke of “the eternal validity of the Seven Noahide Laws [as] a moral code for all of us regardless of religious faith” (Proclamation on the National Day of Reflection, April 4, 1982).

Seven years later, in 1989, President George H.W. Bush not only proclaimed that these “Biblical values are the foundation for civilized society,” but he also recognized that “A society that fails to recognize or adhere to them cannot endure.”

He understood how these “principles of moral and ethical conduct that have formed the basis for all civilizations comes to us, in part, from the centuries old Seven Noahide Laws.” And, in doing so, he noted their origins: “The Noahide Laws are actually seven commandments given to man by G-d, as recorded in the Old Testament. …” (Proclamation 5956-Education Day, USA 1989 and 1990, 102 Stat. 3016, April 14, 1989)

Both the Senate and the House of Representatives of the United States Congress in 1991, on a [unanimous] bipartisan basis, further recognized how this “historical tradition of ethical values and principles…upon which our great Nation was founded … have been the bedrock of society from the dawn of civilization, when they were known as the Seven Noahide Laws.” The American Congress understood how “the most recent weakening of these principles … has resulted in crises that beleaguer and threaten the fabric of civilized society.” Thus, they warned us that “without these ethical values and principles the edifice of civilization stands in serious peril of returning to chaos.” (Public Law 102-14, 102d Congress, 1st session, H.J. Res. 104)

Other world leaders have joined the call for further observance and knowledge of these laws. For example, Herman Van Rompuy, President of the European Union wrote (in July, 2014) that he seeks greater “dissemination of the universal values known as the Noahide Laws,” and Major General Michael Jeffery, Governor General of Australia, lamenting family breakdowns and drug and alcohol abuse in modern society in a 2008 letter, wrote that he believed that observing the fundamental values of the Noahide Laws can be an antidote to such ills of society.

We only need to look at the havoc in which we find ourselves living today in order to recognize the validity of these truthful assertions.

The site www.jifga.org includes information on recognition which the Noahide Commandments have received from leaders in a number of countries. This essay is reprinted from http://www.jifga.org/government-leaders-and-the-seven-noahide-laws.html, with permission from the Director of J.I.F.G.A. to Asknoah.org and NoahideAcademy.org.