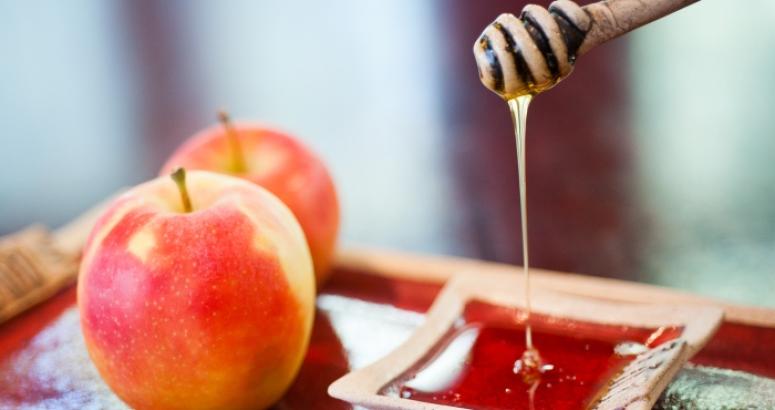 Today the World was Born

Rosh HaShanah recalls the creation of the world, as we see from the prayer,[1] “Today the world was born.” According to our Sages, however, the world was created on the 25th of Elul, so that Rosh HaShanah actually marks the sixth day of creation, the day on which G-d created man.

This is especially strange, given that the creation of the world demonstrates G-d’s absolute power in His unique ability to create something from nothing.[2] Only G-d’s essence, free of all limitation, can bring about being from utter void.

The 25th of Elul, the first day of the world’s existence, is further distinguished by being referred to in the Torah[3] as yom echad (“one day”), rather than yom rishon (“the first day”). The Torah thus indicates that on the first day of creation, G-d was “alone in His world.”[4] Though the entire created world already existed, it was not separate from its Creator; the world was one with G-d.

Conscious Acceptance of His Sovereignty

Despite its uniqueness, the 25th of Elul is eclipsed by Rosh HaShanah. This is because the creation of man opened up a new and deeper relationship between G-d and the created world.

Of all the beings in the physical and spiritual realms, man alone can choose to accept G-d’s sovereignty. Only his relationship with G-d stems from conscious decision and free will.[5] Though G-d creates and regulates all the other beings in the universe, they do not consciously accept this relationship. Their link with G-d flows from G-d’s creativity; it does not result from their own decision.

With the creation of man, G-d introduced the potential for voluntary acceptance of His unity and active consent to His will. Chassidic thought illustrates the difference between G-d’s relationship with man and His relationship with the remainder of creation by contrasting two forms of absolute rule, tyranny and sovereignty. A tyrant exercises dominion without his subjects’ consent, by virtue of his might; the subjects of a king, even if he is an absolute ruler, may willingly accept his authority and seek his sovereignty.

Unlike every other created being, man has the choice of acquiescing to G-d’s dominion or rebelling against it. He alone has been empowered to acknowledge the unity of G-d through his own thought processes, and to relate to Him as his sovereign.

Making G-d Part of Our World

Why must G-d’s sovereignty be consciously perceived by man?

From G-d’s perspective, His unity with the world encompasses every facet of creation. Man is rarely able to conceive of G-d’s unity from this perspective. Why, then, should mere man’s awareness and recognition be of such importance?

Before man’s creation, G-dliness and the world appeared to be opposites; the world, from its own perspective, did not relate to the G-dly potential with which it is invested. Only with the creation of man did the possibility for an internalized awareness of G-d come into being.

Man was created not only for the purpose of expressing unity with G-d in his own life; he was also given the potential to suffuse the entire world with an awareness of G-d’s unity. Adam, the first man, gave expression to this potential on the first day of his existence by addressing all of creation:[6] “Come, let us bow down; let us bend the knee before G-d our Maker.”[7]

By imparting his superior relationship with G-d to the entire world, man becomes G-d’s partner in creation and contributes a necessary element to the world’s existence – a conscious union with G-d. This uniquely human perception of G-d’s pervasive unity makes Rosh HaShanah, the day of man’s creation, eclipse the 25th of Elul, for the potential for oneness with G-d that came into being with man’s creation overshadowed all previous levels of creation.

The question, however, remains: Why do our Rosh HaShanah prayers proclaim that the world was formed on that date?

Even if it is acknowledged that Rosh HaShanah takes precedence, it was on the 25th of Elul that the world was created.

This question can be answered by reference to a point of Talmudic law… [an] object cannot be said to have [fully] come into being until it has been completed.[8]

Certain objects may be thought of as complete at any one of a number of stages. Animal hides, for example, can be used at one stage as covers or blankets, or they can be further treated and refined and made into clothing…. The Mishnah[9] rules that the status of the hide is dependent upon its owner. If the owner would be expected to be content with the hide as a cover, the hide is [completed]. However, if the owner is a tanner who would ordinarily consider the hide to be unfinished at this stage and would be expected to further refine it in order to make a garment, it is [considered unfinished].

This halachah (Torah law) lends us a conception of the status of creation before the advent of man. The 25th of Elul and the following days of creation revealed awesome G-dly powers. These powers were, however, totally eclipsed by the creation of man, which revealed a deeper purpose of creation and a higher aspect of G-dliness, just as the animal hide can be transformed into a garment by a skilled tanner.

“As the Waters Cover the Ocean Bed”

The ultimate state of unity between G-d and the world will be expressed in the Era of the Redemption, when “the world will be filled with the knowledge of G-d as the waters cover the ocean bed.”[10]

This will be accomplished through man’s efforts. The revelation of G-dliness in the Era of the Redemption depends on our present endeavors to perceive and express the G-dliness invested within the world. By developing a conscious bond with G-d and extending that relationship into every element of our existence, we bring closer the time when that connection will blossom forth into complete fulfillment in the Era of the Redemption. May this be realized in the immediate future.

[1] The prayer from the traditional Jewish liturgy for Rosh HaShanah reads in translation: “Today the world was born; on this day He [G-d] calls all the created beings of the worlds to stand in judgment. [Are we regarded] as children or as servants? If as children, have mercy upon us as a father has mercy upon [his] children; if as servants, our eyes are turned to You until You will be gracious to us and bring forth our judgment as the light, O Awesome and Holy One.”

[2] Explanation by Ramban (Nachmanides) on Genesis 1:1.
As Rashi (on Genesis 1:14) explains, on the first day of existence G-d created the entire universe from nothing (“ex nihilo”), bringing all the components of heaven and earth into being from absolute nothingness. On the following days, the days on which the Torah describes various entities as coming into being, G-d merely “formed” them, making new entities from “existing” substance by giving them distinct characteristics and locations.

Adapted by Rabbi Eliyahu Touger, from talks by the Rebbe on the Torah portion Nitzavim-Vayeilech (in 5744) and the Eve of Rosh HaShanah, 5733.

Noah's Ark and the Sukkah, a Redeemed Reality