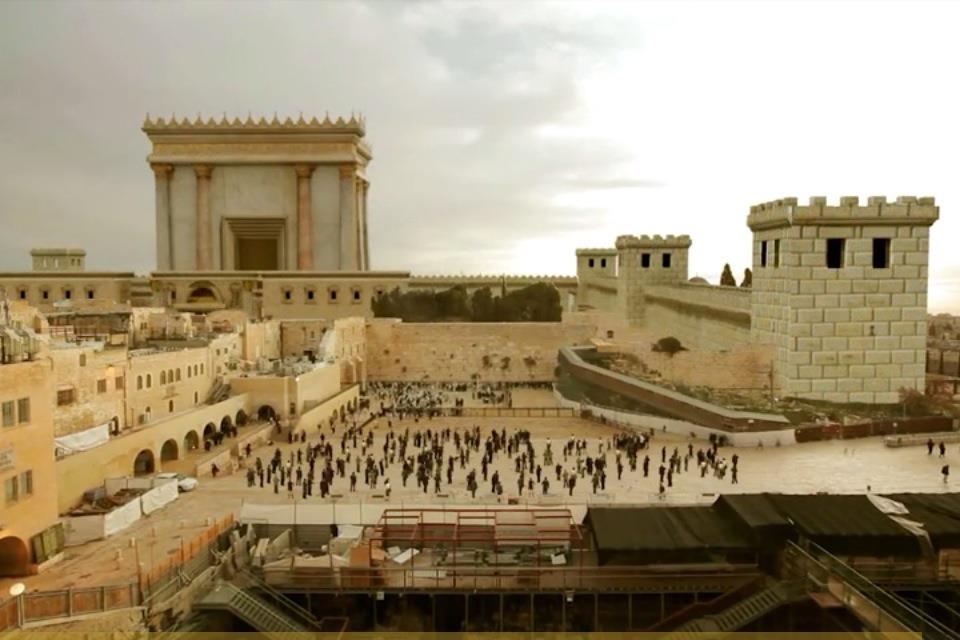 “The glory of this latter House, the Holy Temple, will be greater than the former.”

There are two explanations to this verse. The simple meaning is that “this latter House” refers to the Second Beit HaMikdash [Holy Temple], which surpassed the First BeisHaMikdash both in terms of size [it was larger] and time, [i.e., it lasted for a longer period].

We find a statement in Likkutei Torah [by the Alter Rebbe]:

There it is explained that the Third Redemption is associated with Yaakov - who is the expression of the Divine attribute of truth, which will be therefore eternal (as Truth is Eternal).

This is also related to the verse (Hoshea 6:2): “He has sustained us through the two days. On the third day, He will raise us up, that we may live in His presence.” There are two interpretations of “the third day”:

a) it refers to the Third Beis HaMikdash;

As its known, the world is structured according to the dimensions of  time and space  because its creation comes about through the medium of the Divine Name Elokim (which refers to God’s power of concealing Himself in the world). Were creation to have come into being solely from the Divine name Havayah, it would not have the limitations of space and time. “Havayah” is the unpronounceable  Name of God ( refereeing to the Tetragrammaton ) , which indicates the transcendent unification of past, present and future.

For the Divine Name Havayah as it exists independently transcends space entirely. Within the Beit HaMikdash, by contrast, space was significant. Thus the Holy of Holies was of a clearly delineated size (twenty cubits by twenty cubits) and the Ark as well had a specific size (two and a half cubits in length and one and a half cubits in breadth), Nevertheless the “space of the Ark was not subject to measurement” in that it did not take up any space in the room. This represents the unification of the Name's Havayah and Elokim, which will be expressed  by the  fact that within space there will be a revelation of a Godly light which transcends space itself.

The implication that the name Havayah is above the concept of space, however, requires explanation.

Even the act of  a new creation through the Name Havayah is incom­parable to its source which brings it into being. The revelation of Havayah within the framework of existence brings into being merely though a process of progressive concealments.  Created beings do not feel that their entire existence is only that of the Divine light being expressed in a particular form.

The explanation is as follows:

A similar process is behind the creation of space. The concept of space would apply even if the world was created directly from the name Havayah. On that level, however the six directions of space would be as one.

In the same way, the reason why there would be neither limitation nor divisions within time or space in the world as created directly by the name Havayah is because, on that level the world would be in a state of absolute nullification. At that level within the past, the present and the future (and similarly, within each of the six directions) is felt not as a separated creation, but as the Divine Name Havayah -their Source; therefore, at that level they do not conflict with each other and are indeed, one.

Based on the above, it is necessary to clarify the following point:

In several texts, it is explained that the dimension of space within the Holy of Holies stems from the name Elokim, although this space was not subject to limitations.  In contrast to the explanation given above, which even directly created by the Name Havayah, there would be a possibility for the existence of space as we know it.

This, then, is what is meant by the statement: “the Ark is not subject to measurement” which reflects the unification of the power of the Divine Names: Havayah and Elokim: The limitation and division of the space of the Ark derives from the name Elokim, while the fact that its space was not subject to measurement came as a result of the revelation of the light of the Name Havayah within the space brought into being by the Divine power expressed through the Name Elokim.

This, then, is the meaning of the verse, “The glory of this latter House will be greater than the former.” Although the Future Redemption will include many wondrous dimensions, including its apex, the Resurrection of the Dead, still, the fundamental emphasis is placed on the “glory of this latter House.” For the source for all the revelations in the Era of Redemption will be the Beit HaMikdash. For it is the source from which all the different revelations will be drawn down into the world.

This is also one of the reasons why Mashiach’s first act after he has attained the state of b’chezkat Mashiach, will be the building of the Beit HaMikdash. For this is the source of all things in Messianic Era which will follow.

Excerpts from a translation of a Hassidic discourse by the Lubavitcher Rebbe, Rabbi Menachem M. Schneerson, spoken on Parshat Matos-Masei, 5722. Presented by Asknoah.org and NoahideAcademy.org with permission from the publisher, Sichos In English.

And may all Noahides and all Jews increase in their study of Torah and the fulfillment of their Commandments with joy and sincerity of heart, to hasten all that is said above, with God's Help and His mercy upon His creatures!

The Great Spiritual Flood in Our Time

Noah's Ark and the Sukkah, a Redeemed Reality