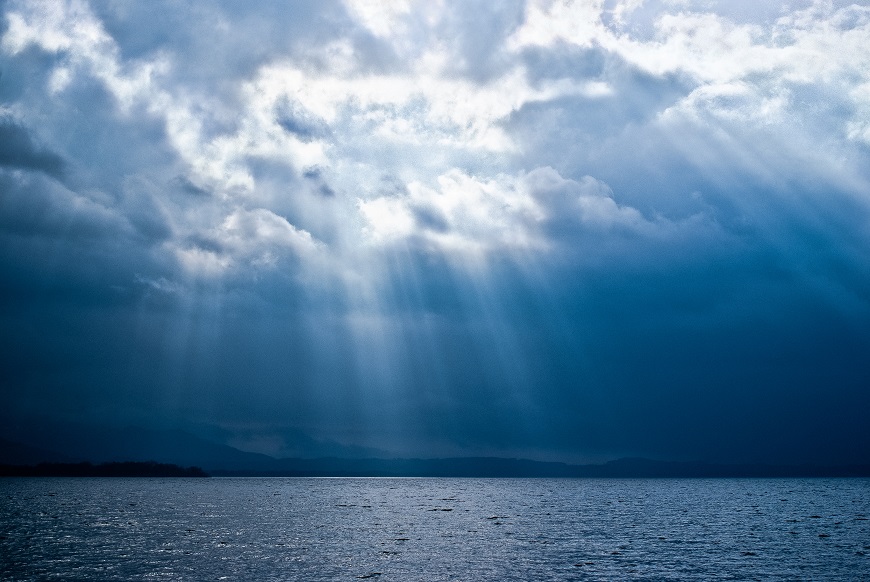 We read in Genesis the story of creation – how the world was created – and of course Genesis doesn’t start in the beginning. It starts with the Hebrew word “B’reishis,” which starts with a letter beis [the second letter of the Hebrew alphabet], not with an aleph [the first letter]. [This indicates that there was a "First" which preceded "In the beginning..." (Gen. 1:1)] And it’s written B’ [ = In] -reishis [ = the beginning],” instead of Reishis [The beginning]. But what was the beginning? This the Written Torah doesn’t tell us.

And where does Malchus come from? Malchus was not an original existence. [As the Zohar explains,] “There is no King without a people.” Malchus is something that already is connected to existence (the existence of a people), so it can’t be the beginning of existence. And the same is true of Chochmah. Chochmah is the first of the ten sefirot, but it’s still Chochmah - which is a definite notion, a definite feeling of existence. Where did that come from?

An evolution.” But, of course, it doesn’t tell you where it came from. Because it starts of with existence – there existed some primordial “stuff.” But I asked you where it came from! But this doesn’t give the answer at all. It only [attempts to] tell you what happened after the “stuff” already existed. Then the scientists realized that they were not answering the question, so they changed the question. Now it’s not a discussion of the origins of the universe; it’s a question of the age of the universe.

But I don’t care how old the world is. I want to know where it came from! So this whole discussion of creation and cosmic evolution is not the same thing. Any evolution theory discusses what happens after something exists, and creation discusses – or is supposed to discuss – how it all began to exist.

The above is excerpted from an edited transcript of a public lecture by Rabbi Manis Friedman, October ’03, Pittsburgh, PA, based on a Chassidic discourse by the Lubavitcher Rebbe, Rabbi Menachem M. Schneerson (Hadran al Sefer Mishneh Torah 5745). Original text posted on and copyright © by Asknoah.org.