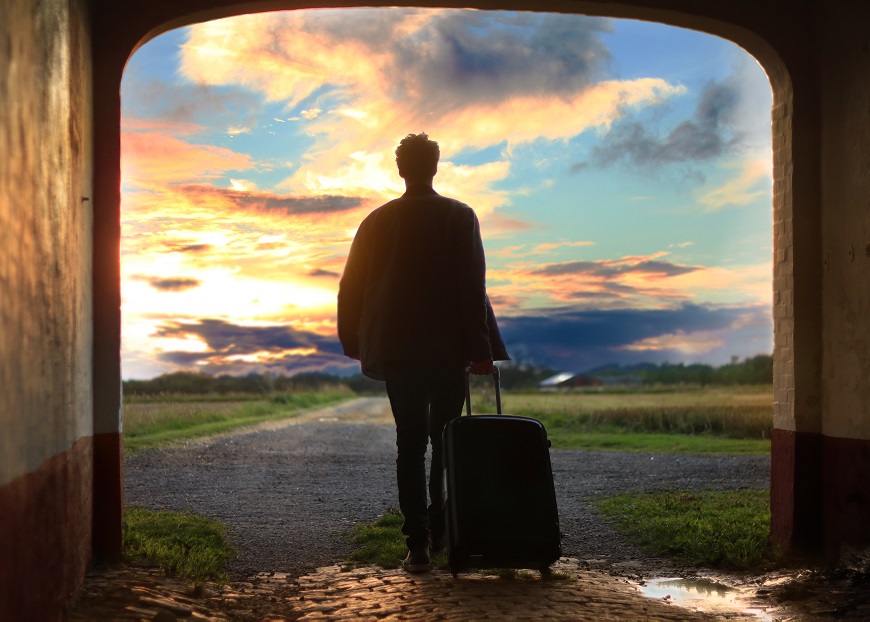 Our 20 year search for knowledge, truth, community, and the true service of Hashem

When I was approximately 7 years old, I remember asking my parents, “If je'sus was a Jew, why aren’t we learning more about Judaism?  How did chr'istianity come out of Judaism – the words don’t even sound the same?  What was the original language?”  I had a driving curiosity to get to the source of everything and my curious mind was filled with lots of questions.

The answers I received for most of the questions I asked all through my early teen years were:

"You’re too young to know or feel that."

"We’re not meant to go there."

"Because I said so."

The frustration I experienced in not having any logical answers to my questions led me to go into mental isolation.  As a result, I filled the void with incorrect perceptions about people, the world and myself.  I made decisions based on my emotions.  My life and motivations were centered around gaining independence, power through manipulation, and survival.  This experience anchored in me the teachings that man was not meant to live in isolation.

Using these motivations, my life was a disaster and by the time I was in my mid twenties, I had an epiphany that I was on a slow suicidal path.  I felt my life energy dying.  I realized I had 3 choices:  I could continue on the destructive path to my slow suicide, I could end it all quickly by committing suicide, or I could change.

The most positive choice for me was to change.  I did not know how or where to begin the search, so I focused on specific areas in my life that weren’t working.  I figured that education was the key and I went back to the university and finished my business degree, leaving myself open to opportunities that represented change.

About ten years later, I met my husband, who was preparing to participate in an archaeological dig in Israel.  The six weeks he was gone were transformational for him and, when he returned from Israel, he was clear about his focus to study the Torah and find rabbinical teachers.

His commitment was attractive to me, because it represented a strength and clarity I hadn’t known, yet it was also scary.  As scary as it was, I followed his lead, kicking and screaming most of the way.

During that time, one of our teachers, Rabbi Morton Moskowitz, visited us in our home.  When he was leaving, he turned to me, looked me straight in the eyes, and said, “I can prove to you that the Torah life is the best life there is.”  I was immediately attracted to the challenge and replied, “You’re on, Rabbi, and be prepared for lots of questions.”  That was the true beginning of my Torah and mussar study with Rabbi Moskowitz and many other rabbinic teachers in the Seattle, New York and New Jersey Orthodox Jewish communities.

Another key change for me came in the form of our two sons, Daniel and Aaron.  They were born 16 months apart in the early years of my Torah learning.   Since there didn’t seem to be many people like us around, at least not in our area, we became pioneers trying to establish a sense of tradition, meaning and community.   We home-schooled our sons and accessed the home-school resources of the local school district’s alternative education program, sharing resources and classes with approximately 420 other students. Though the predominate religion represented there is Christian, the center celebrated diversity in religion, ethnic participation and home-schooling philosophies.

Because of the rich history of the Jews, we used the holidays as opportunities to learn about their story, to gain appreciation of their struggles and to learn from their relationship with Hashem.  For Hanukkah, we made placemats for the table and invited friends and family to share in our observance and play the dreidel game.  For Succot, we made a succah out of canvas and pvc pipe, and we painted the canvas walls with scenes from the Jewish nation’s history.  Several Purim celebrations were spent dressing in costumes and joining the activities and reading of the Megillah at the local synagogue.  Rosh Hashanah and Yom Kippur were the most confusing and difficult for us to mentor Daniel and Aaron through because of our own inaccurate programming from Christianity about guilt, shame and repentance.

We established family reading times each night where we would cover the weekly Parashat from the Torah and read selected Jewish children’s books.  Daniel and Aaron’s mussar education came from analyzing the characters and actions from the Torah as well as the stories from books such as, “The Other Side of the Story, Giving people the benefit of the doubt”, by Yehudis Samet, and the “Our Heroes”, “Kids Speak”, and “People Speak” series by Chaim Walder and The Ehrenhaus Middos series by Rabbi Baruch Chait.

When each one of our sons reached the age of 13, we held a special birthday for them.  We communicated to them that this is the age when we would begin recognizing them as young adults and that we would gradually shift our parenting style from authoritarian to mentor.  They would be responsible for the consequences of their actions and we would function as their advisors and provide them the support they needed to succeed.  Our home would be seen as the modeling environment for the homes they would eventually create with roommates and their own future families.

When Daniel and Aaron inquired about their own search for a mate and the lack of a Noahide community to draw from, we counseled that the community was not as important as finding a woman who was open to entertaining ideas, character refinement and possessing intellectual honesty about determining what’s true.

By the time they were nearing high school age, they had emerged as informal leaders – recognized for their clear thinking and wisdom.  Daniel and Aaron commented that their friends called them the “Jews” for that reason.  Being different was now cool.  Our home became the center for entertaining ideas.  We expanded our dining room table to accommodate the number of teens that joined us on Friday and sometimes Saturday evenings for a celebratory meal and rich conversation.

How would you feel if your life was way above anything you could ever imagine for yourself?  That is my life today.  Every morning when I awake and say the “Modah Ani”, I feel like my life is like the icing on the cake.

In one of the first shiurim I attended in our early years as a Noahide, Rabbi Weiss, from the New York community, spoke on the subject of Aaron’s death and how it was like a “kiss”. That idea has played on my mind and serves as a key motivator for my actions today. In analyzing the idea and by asking questions about the terms such as, what is meant by a “kiss” and how could a kiss be related to death, I was led to the conclusion that Aaron must have elevated his thoughts and actions to such a high level that he had already extricated himself from the physical world.  Now, at the time of his death, there was no attachment to the material and, therefore, the transition from this life to a spiritual existence was very easy and pleasant, like a kiss.

Another approach I later learned from this verse is that the deterioration of our physical bodies is actually a blessing.  Focusing on the body roots us into the physical world.  Through the gifts of reflection and acceptance, we gain the perspective and wisdom that comes from experience.  Once again we have choice – we can age gracefully through acceptance and wisdom or we can resist the natural aging process and experience death by being torn away from the physical world.

I use this idea to help me align my thoughts with reality.  I often think about my life backwards from the time of my death and what will be most important.  If I am struggling with something in the material world, once I am able to identify it as “just stuff”, it is easier for me to let the frustration go.

Several years ago, I had the privilege of speaking at the recognition celebration of Rabbi and Rebbetzin Moskowitz’s 25 years of service to the local Jewish community.  During that speech, I acknowledged to them that several years prior to that time, I had recognized that Rabbi Moskowitz truly had proven to me that the Torah life is the best life there is.  Rabbi and Rebbetzin Moskowitz had not only provided dedicated years of service to the Jewish community, but they have provided a Kiddush Hashem (sanctifying G_d’s name) in serving as an Or LeGoyim (light to the nations) in opening their Torah, their home and their community to the stranger - a struggling Noahide family.