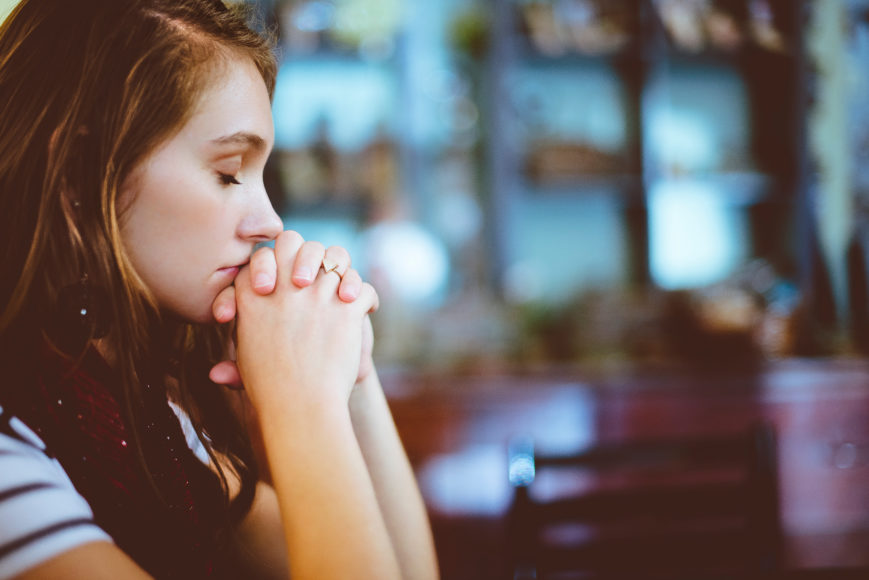 Why A Moment of Silence Should be Implemented in the Public Schools.

For many years, laws dictating the separation of Church and State in the U.S. have been contested. When the implementation of a moment of silence in the nation’s public schools became more forcefully promoted, the details of what exactly constitutes a breach of separation of Church and State were once again brought up for debate. Together with this came the practical question of whether a moment of silence is actually something worthwhile for the students in the public schools, and for the culture of the country as a whole.

A moment of silence “would require a public school teacher, at the opening of every school day, to conduct a moment of silent meditation with the pupils. The children should take this moment to think as instructed by his or her parent or legal guardian” (“Moment of Silence for New York’s Schools”). As Virginia Attorney General Beales wrote, “The act does not require students to do anything or say anything or hear anything. It does not require them to make any gestures or acknowledgement. It only requires them to stay in their seats, to remain silent and not to distract their classmates” (CNN). By doing so, students will realize and appreciate the rights and freedoms that they are granted as citizens of the United States. Furthermore, implementing a moment of silence in schools across the country will increase the morals, ethics, and values in students’ lives.

In 1985, when the moment of silence legislation was first brought up in the Alabama case of Wallace v. Jaffree, the Supreme Court struck it down as unconstitutional. The Court then proceeded to explain how such legislation could be made to fit within the rules set by the U.S. Constitution. This was done by showing how a moment of silence does not specifically promote religion, and therefore, does not fall under the category of mixing Church and State. Many states took the proposed advice and either reconstructed or instituted lawful moments of silence in their public schools.

To date, more than half of the states in the U.S. have approved a moment of silence in their public schools. For some, it is mandatory for the schools across their state to hold a moment of silence daily. For others, it has been left to the discretion of the individual districts if they would like to implement this in their schools or not, though across the board it is considered legal.

Rising interest in implementing moments of silence in the nation’s public schools reached new heights in the aftermath of September 11, 2001. Barry Lynn, executive director of Americans United for the Separation of Church and State, is quoted in The Post to have said, “These bills were clearly something that was a popular first response to the crisis of our nation.” When Governor Bob Taft signed Ohio’s bill allowing a moment of silence, it enacted “that the state allows one minute daily for students to reflect, meditate or pray” (Sidoti). Regardless of how the students choose to engage themselves during this time, it has been proven statistically that moments of silence in the schools lower juvenile violence.

As has been proven time and time again, rigorous structure in academic subjects is not enough to lessen the violence in our country. In a published public discourse, Rabbi Menachem M. Schneerson declared that the way to correct this pressing situation in our country is “to institute a moment of silence in every public school” (66). At the beginning of the school day, when the students’ minds are still fresh, they will be able to take this moment of silence, and utilize it to its utmost by considering how their studies can have a worthy and righteous purpose, and how they can benefit themselves as well as the public in a way that will cause them to recognize that the public good should outweigh their personal good. Starting school time in this manner will only have positive effects on the day that follows.

This moment of contemplation, which is remarkably helpful within the classroom setting, additionally achieves positive outcomes for the students’ lives on the whole. Not only is it a “good class management technique,” as history teacher Warren Southerland testified (Hancock and Wingert 48), but it causes the students to take a moment to remove all distractions from their minds so they can focus and concentrate more intently on their lessons (Valero). It has been proven through psychological testing that this brief period of time is the most rewarding and profitable one, and its effects last the entire day through. For many, the thought of having time to reflect will be daunting, and they will therefore make a point of asking a parent what to think about. This will then bring about something that is very lacking in our society – a connection, and hopefully, discussion, between parents and their children.

In today’s day and age, a harmful trend is occurring in which parents are tending to leave the responsibilities of raising their children academically, morally, and ethically more to the school. This decline in parent involvement could not come at a worse time than when children are entering their adolescent years, as parent involvement expert Dr. Anne Henderson was quoted (Norton): “… it is just at this point that other forces in youngsters’ lives are beginning to compete with school for their time and energy.”When the students come home unsure of what to think about the next day during their moment of silence, they will ask their parents, thereby starting a ripple effect, which will in essence force the parents to once again pay attention, and become involved in their children’s upbringing.This will encourage parents to spend more time with their children, and teach them to be good, upright people.The outcome of this is immeasurable, “for regardless of how good an education the school provides a child, hearing the same thing both at school and at home carries more weight than hearing it only at school” (Schneerson,1984). This positive reinforcement between the home and school makes a more concrete and meaningful impact on the child.

This time of reflection will not only cause children to realize the proper way to lead their lives, but it will also help them to appreciate the freedom that they are given here in the United States. This can only be beneficial, especially at a time when there are increasing threats of terrorism in the world at large. It will instill feelings of gratitude in the students, and give an opportunity for reflection upon their many blessings. This is an excellent opportunity for each individual to “exercise his or her own freedom of conscience” (Sidoti). Ultimately, the moment of silence is a way to bring healthy discipline and peace of mind to the students in the public schools.

Some will argue that holding a moment of silence each morning in the public schools is “just one more thing teachers must include in their already full days,” as Karen Darner, an elementary school teacher, put it (Sidoti). But who can honestly say that each and every moment in school is currently being used both efficiently and positively?Yes, it is something that will have to be added to the scheduling, but its positive and constructive result will make it worthwhile.The encouraging tone it sets will positively affect the rest of the day that follows, and a good influence has an everlasting effect.

During this moment of silence, students may think or do as they wish, as long as they stay seated quietly. For some, it will be a chance to contemplate on whatever their parents have instructed them, while for others this will be seen as an opportunity to pray. This need not be seen as promoting prayer, an act that could be a violation of the separation of Church and State. Since the students are given the choice to use this time as they so desire, there is no grounds for the complaint that a moment of silence is a “trivialization of prayer” (Davis). There is no basis for the claim that it teaches children that they must only pray for one minute a day and that is all, for if that were so, one could claim that once school is over, there is no longer any need to learn.

If in truth, a moment of silence would teach the students that the only time for prayer is this one moment each morning, then yes, there would be reason to think that this would cause the students to become confused. Therefore, it is the obligation of the State and the school to properly inform the parents of the implementation of a daily moment of silence, so that they can prepare their children in the appropriate manner. When the parents and children sit down and discuss what they should use this time for, it will allow for a better relationship between them, and the students will be able to use their moments of silence in a more productive way.

Implementing a moment of silence in public schools will improve the morals, ethics and values in the students’ lives. If they will use this moment of silence as an opportunity to learn how to stop to think for a moment, even in the busiest times, it will have a very positive effect later on in their lives, when they are forced to make important decisions. Rabbi Schneerson stressed that with this training, students will come to appreciate the need to “carefully ‘chew over’ every mundane activity which one intends to undertake. One must clarify and determine, once and another time, whether to do it altogether, and if so, how to do it” (52).This positive effect will in time, translate into a big gain for the U.S. society and the world at large, with people becoming more responsible and moral as a result of engaging in a daily moment of silence as children.

“What Research Says about Parent Involvement in Children’s Education In Relation to Academic Achievement.” Michigan Dept. of Education. 28 Sep. 2007 .

Original text posted on and copyright © by Asknoah.org