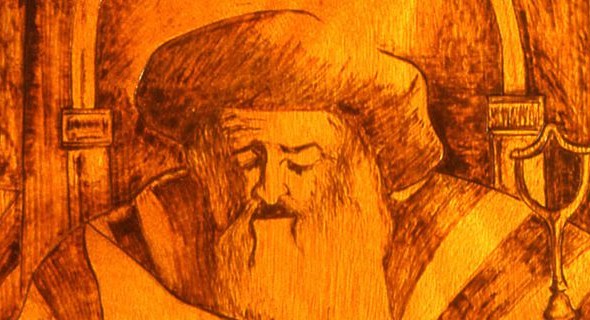 The explanations on the Hebrew Bible and Babylonian Talmud by Rabbi Shlomo Yitzchaki (known by the acronym Rashi), are accepted as the most fundamental explanations on these sacred texts.  His main objective was to explain the traditional (Oral Torah) straightforward meaning of the texts, drawing on homiletical explanations in those cases where they provide insight to particularly difficult verses.

For example, in his explanation of the first verse of the Bible, “In the beginning G-d created the heaven and the earth” (Genesis 1:1), Rashi quotes the following teaching from the Talmudic sage Rabbi Yitzchak (whose given name was the same as Rashi’s father):

Rabbi Yitzchak said: It was not necessary to begin the Torah [whose main objective is to teach the commandments] except from “This month shall be unto you [the beginning of months]” (Exodus 12:2), since this is the first commandment that Israel was commanded [shortly before leaving Egypt] to observe. [I.e., they should establish a lunar calendar with the month of the Exodus as the first in their counting of the months.] And what is the reason that it begins with “In the beginning”? Because of [the reason given in] the verse, “The power of His works He has declared to His people in giving them the heritage of the nations.” (Psalms 111:6) For if the nations of the world should say to Israel: “You are robbers, because you seized by force the lands of the seven nations [of Canaan], they [Israel] could say to them, “The entire world belongs to the Holy One, Blessed by He; He created it and gave it to whomever it was right in His eyes. Of His own will He gave it to them, and of His own will He took it from them and gave it to us” [in His eternal covenant with Abraham, Isaac and Jacob/Israel].

The book of Rashi’s explanations to the Torah was perhaps the first Hebrew book to be printed. In his explanations, he draws on his amazing command of traditional Rabbinic literature, including Aramaic translations, classical homiletics and details of Torah law, and the entire Talmud. He often translates Hebrew words into Old French, thus providing one of the earliest records of medieval French dialect. He frequently cites from the works of two Spanish scholars, Rabbis Menachem ben Saruk and Dunash ben Labrat. With his unique masterful style, he anticipates the questions that will arise in the minds of Torah students, and provides explanations that are satisfying to beginners and simultaneously full of depth for the most advanced scholars.

His clear and supportive explanations on the Talmud made this great work significantly more accessible to the general Jewish population. It became quickly accepted and adopted by all Jewish scholars.

For most of his life, Rashi lived in Troyes, France. He supported his family and his Torah academy from his vineyards and wine-making business. None of the horror of the Crusades that he lived through is reflected in Rashi’s works. It is truly amazing that he was able to accomplish so much during that troubled period.

Rashi’s daughters were extremely righteous women. They were highly educated, which was most unusual for their time. They assisted in the publication of the lengthy scholarly works of their father.

Peace in the Home