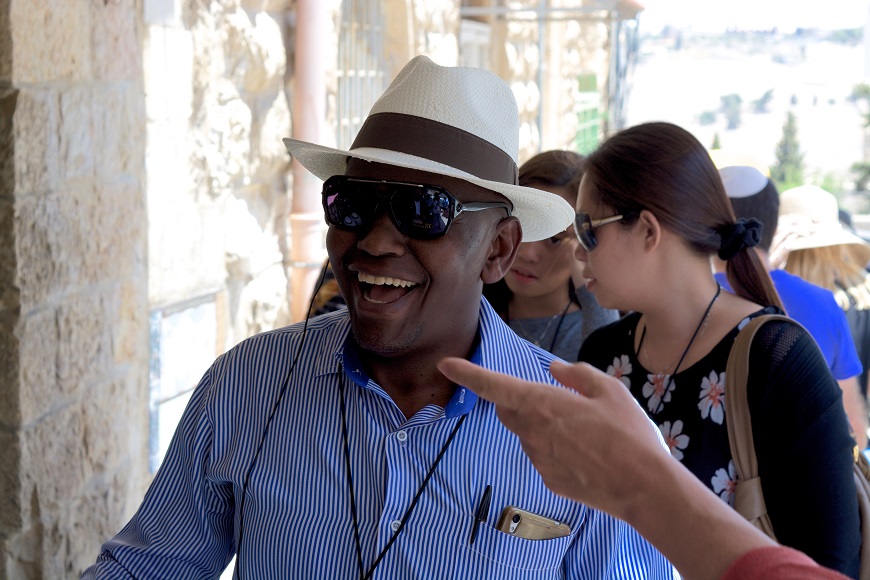 By the Grace of G-d
Shalom dear friends and fellow Noahides!
My name is Hillum Kimani ( but also known simply as Kimche ), a Kenyan Noahide living in Thika, a town 40km from the capital city, Nairobi .
It gives me much pleasure to share this short essay with all of you no matter in which part of the world you are reading it from. Let me now touch a little bit on matters of faith and my spiritual journey .
I was born over 40 years ago to a staunch catholic family and therefore practiced the same devoutly (intact as an « altar boy » upto age 14.) However , i felt vague and unsettled until the year 1998; when i came to learn about « messianic Jews », also perhaps known to you as Church of Elokim. Here in Kenya , that group may claim a membership of between 1000 – 2000.
Eventually , things were not to be since many doctrinal beliefs and practices lacked meaning to me, so i abandoned the faith and remained at the  » periphery  » regarding matters of religion .
A number of years later, i happened to call Mr Gicuru, a former Elder who i knew to have abandoned the faith too. He had a very pleasant surprise for me. It happened that he had already made contact with Rabbi Dr Schulman , Director of AskNoahInternational ! I then wrote to Rabbi Schulman who was very helpful to me and enrolled for UNA (United noahide academy) studies.
I was so happy now because all the troublesome questions and perplexing issues that hindered my spiritual progression would be only an email away. At this juncture , may i once again thank R’ Schulman for his selfless and enormous efforts which he undertook to see me on my feet.
In the meantime , Mr Gicuru , (also my moshpia) invited me to the nascent Noahide group in Nairobi, of whom most members were already well known to me. We have studied together since then, TG (Thank G-d) and made good progress .
Only last year, it even became sweeter when Martha , a Bat Noah in the group introduced me to Rabbi Perets, director of NCLI (The Noahide Code e-Learning International Institute). Since then, the group and I has been transformed phenomenally through his incredible instruction via emails , Facebook , Skype , what’s app…!
Also, Bnei Noah who would be interested in further structured study ( a path that I would strongly recommend for all) can contact and discuss with Rabbi Perets as to how to enroll.
In conclusion, I would just like to encourage all Bnei Noah to take the bold step and join in partnership the Jewish People, so we may learn true and proper service to Hashem through the counsel and guidance of His wise Rabbis.
May Hashem help us to practice and bring forth our full potential ! Only then can we say in earnest that the prophecy of Zechariah (8:23…. »In those days ten people from all languages and nations will take firm hold of one Jew by the hem of his robe and say, ‘Let us go with you, because we have heard that God is with you.' »…) is being fulfilled in our eyes and our times as we await the imminent arrival of the righteous King Moshiach!
With lots of love and wishing you success in your lives,
Kimche