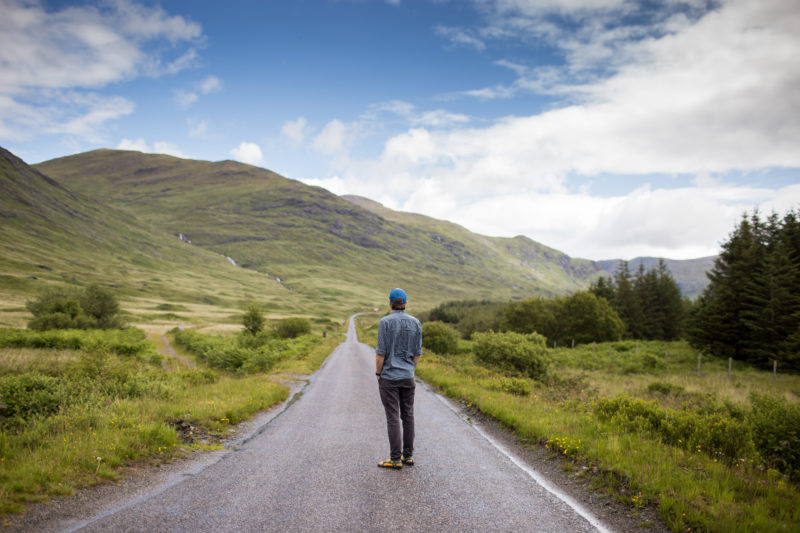 Creating stability and peace of mind should be a purpose of society. This can be accomplished by adopting a structure based on the 7 Noahide Laws, which will allow everyone to live in harmony.

An Adaptation of an Address by the Rebbe, Rabbi Menachem M. Schneerson, on August 24, 1990. Published and copyright © by Sichos In English.

The Fulfillment Of Our Human Potential: Guidelines For Society

Even before the currently closing Jewish year (5751) began, the Rebbe stated that this would be a year in which G-d’s promise to His people would be fulfilled – that “I will show you wonders.” [1] And indeed, this year has been filled with a series of wondrous events which when recounted stagger the imagination – the Gulf War, the mass immigration of Jews to the Land of Israel, and the complete collapse of communism [in the Former Soviet Union], to cite a few.

It was events nearer home, however, that perhaps explain why in the course of his talks, the Rebbe chose to speak of concepts relevant to mankind as a whole. His statements touched on the ultimate purpose for any community and on the universal values around which any society should be structured.

We have taken these points, which were originally scattered throughout the course of talks focusing on other subjects, and arranged them as an independent essay. It is our hope that the ideals they champion will help motivate men of all faiths to join hands together to usher the world into its ultimate state of fulfillment – to the era in which “Nation will not lift up sword against nation, nor will they learn war any more” [2] – with the coming of the ultimate Redemption. May this take place speedily, in our days.

In The Image Of G-d

Our Sages teach, [3] “Precious is man, for he has been created in the image of G-d.” [4]  In his Guide to the Perplexed, [5] Rambam [Maimonides] explains that “the image of G-d” refers to our capacity “to conceive of intellectual ideas and to be conscious of ‘Him who spoke and brought the world into being.’” This, the ability to use our minds creatively and to direct our thoughts to G-d, is the pinnacle of our human potential.

Realizing this potential is dependent on peace of mind. And peace of mind comes when a person feels spiritual purpose and fulfillment, while living in an environment which affords him peace, security, and the opportunity to satisfy his material needs.

Structuring Our Society According To G-d’s Plan

Creating a setting which leads to the realization of these goals should be the purpose of every society. This can be accomplished by adopting a structure based on the Seven Universal [Noahide] Laws commanded to Noah and his descendants, [6] i.e., to all humanity. For this is the blueprint which the Al-mighty gave Moses [7] to allow all men to live in harmony.

Implicit in the above blueprint is tzedakah, charity. [8] Those who have been granted success must realize that their prosperity is a gift from G-d which carries with it the responsibility to help others who are not as fortunate. [9]

Incorporating these principles into our society is a self-reinforcing process, for the experience of the good these values promote, naturally encourages further progress along these lines. Similarly, in a spiritual sense: [10]

The Torah has promised that if we observe its [commandments] joyfully…. [G-d] will remove all the obstacles which hinder us from such observance, such as illness, war and hunger…. Similarly, He will grant us all manner of good things to reinforce our observance.

Educating Our Youth: The Key To Making These Ideals Reality

Actualizing these ideals depends on chinuch, education. Education is, of course, not merely the transfer of knowledge, but more importantly, the communication of values and character traits which parents and grandparents have learnt through their studies and life experience. And this process of communication should flow naturally. Ideally, a child listens to his parents immediately, not because of intimidation, but as a byproduct of their ongoing relationship.

Admittedly, bringing up a child is not an easy process. A parent will occasionally observe attitudes of which he does not approve. After all, young people, like adults, are challenged by drives, and are subject to the pressures of their peer environment. But whatever the current inconsistencies in conduct, a parent should never despair over his child’s future. If he has invested himself in his child’s upbringing, he may rest assured that any frustration will be only temporary. As time passes, the warm and sensible concern which he has devoted to his children will inevitably bear fruit.

In an ultimate sense, it is in the Era of the Redemption that the above goals will be realized, for Mashiach [the true Messiah, descended patrilinealy from King David] will then [11] “perfect the entire world, [motivating all the nations] to serve G-d together, as it is written, [12] ‘I will make the peoples pure of speech so that they all will call upon the Name of G-d and serve Him with one purpose.’”

And the singleness of purpose shared by all people will be manifest in an era of abundant good: [13]

There will be neither famine nor war, neither envy nor competition, for good things will flow in abundance and all the delights will be as freely available as dust. The occupation of the entire world will be solely to know G-d… as it is written, [14] “For the world will be filled with the knowledge of G-d as the waters cover the ocean bed.”

Precipitating The Era Of The Redemption

We do not, however, have to wait until the future. A foretaste of this is possible in our days, and even more so at present, for we are standing at the threshold of the Era of the Redemption. This is a unique year (5751); the Hebrew letters whose numerical equivalent is associated with this year serve as an acronym for the Hebrew phrase meaning, “This will surely be a year when ‘I will show you wonders.’” [15] And we have seen wonders – including the miraculous victory in the Persian Gulf, an event associated by the classic text, the Yalkut Shimoni, [16] with “the year in which the Messianic king will be revealed.” Similarly, we have seen an ingathering of the exiles of Israel to our Holy Land, a foreglimpse of the ultimate return to the Land in the Messianic Era. And there have been many other miracles which we have all witnessed in both the personal and global sphere.

These are, therefore, appropriate times to incorporate in our lives the heightened spiritual awareness which we will possess in the Era of the Redemption. In this way, we can add fulfillment to our present experience and precipitate the coming of that ultimate era. May this take place in the immediate future.

[6] These Seven Noahide Laws comprise the prohibitions against the worship of false divinities, blasphemy, murder, incest and adultery, theft, and eating flesh from a living animal, and the obligation to enact laws and establish courts of justice. See Rambam [Mishneh Torah], Laws of Kings, chs. 9 and 10.

[8] See Rabbeinu Nissim, gloss to Tractate Sanhedrin 56b, who cites Lamentations 4:6 and explains that charity is an obligation incumbent on all mankind. See also Likkutei Sichos, Vol. V, p. 157 ff.

[9] See the essay entitled “Charity and Tzedakah: A Contrast, not a Definition,” published by Sichos In English, 5751.

[15] A reference to the Biblical prophecy (Michah 7:15), “As in the days of your exodus from Egypt, I will show you wonders.”

Men With Hats And Jackets Changed My Life